You are here: Home / Archives for Starship Blog

With the recent creation of the new i4is website, along with the newer blogs, we have included a selection of previous Starship Blog posts from our archive which we hope you will enjoy browsing.  If you would like to write an article and have it appear on our web site, then get in touch with us.

Why human exploration of the outer solar system and the stars? Due to COVID-19 issues, the Limitless Space Institute (LSI) is unable to host student interns during the summer of 2020. As an alternate approach to still be able to engage with students on the topic of bold space exploration, LSI will instead sponsor and […]

i4is concept for a near-term self-replicating probe – The potential to drastically increase the efficiency of space exploration!https://arxiv.org/ftp/arxiv/papers/2005/2005.12303.pdf. Beautifully illustrated by Adrian Mann!

Issue 29 of Principium, the quarterly publication of the Initiative for Interstellar Studies is now published. The front cover image is a Bussard Ramjet – a new piece produced for i4is by our friend and esteemed artist Alex Storer (thelightdream.net).

The ISU – i4is Interstellar Module ended today with four awesome presentations on world ship topics, each one venturing into areas no human has visited before! A big thank you to Prof. Chris Welch and the amazing MSS20 students who worked very hard on this for the last two weeks! Also, thank you to the […]

Thanks to Prof. Chris Welch, International Space University, for the opportunity to co-deliver the Interstellar Module to ISU students this year again! We deliver two-weeks of lectures and hands-on projects on world ships! Members of the Initiative for Interstellar Studies have access to video recordings of the lectures that the i4is crew presented. The videos […] 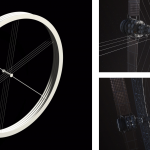 World ships are hypothetical, large, self-contained spacecraft for crewed interstellar travel, taking centuries to reach other stars. Due to their crewed nature, size, and long trip times, the feasibility of world ships faces an additional set of challenges compared to interstellar probes. Despite their emergence in the 1980s, most of these topics remain unexplored. This […]

We are proud to announce that our research on world ships has now been featured in an article on OneZero, “Scientists Are Contemplating a 1,000-Year Space Mission to Save Humanity” by Corin Faife. The article generated a stream of other features such as on Futurism. From the article: There’s no principal obstacle from a physics […] 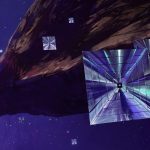 Our new Project Lyra research was featured in Wired magazine. Project Lyra assesses the feasibility of missions to interstellar objects such as ‘Oumuamua and Borisov.

We are proud to have legendary space artist David A. Hardy among our ranks. He created two wonderful paintings of AI interstellar probes, inspired by the paper by Andreas Hein & Stephen Baxter published in the Journal of the British Interplanetary Society. The probe’s characteristic features are large solar panels at the front for generating […]

With great sadness, we received the message that Freeman Dyson has passed away on the 28th of February 2020. He was 96 years old. A distinguished physicist, Freeman Dyson was a member of the i4is Advisory Council for many years. Many obituaries have already appeared. In the following, we would like to honor Freeman by […]

We have added a large collection of videos of the online classes from the module we recently delivered for the International Space University (ISU). We have received kind permission from the ISU to share these videos with our members.

Welcome to the member newsletter of the Initiative for Interstellar Studies. We hope you are keeping well. In this newsletter we bring your attention to some new Principium preprints as well as a new i4is article on world ships recently published in the ESA journal, Acta Futura.

The i4is Annual Report 2019 has just been published for all members to read. We also have a list of short research projects that you can work on.

The i4is Membership Survey is still open. Your feedback allows us to create the membership scheme that our members want. In this newsletter we also highlight a number of opportunities to get involved with i4is projects.

The Initiative for Interstellar Studies is entirely dependent upon the goodwill of its volunteer teams, the minor amounts we receive from our activities and the sale of our merchandise but also the kindness of donors. In order to advance our mission of achieving interstellar flight over the next century, we need your help and support. If you are feeling generous we would very much appreciate your help in moving our mission forward. END_OF_DOCUMENT_TOKEN_TO_BE_REPLACED