You are here: Home / Homepage / Project Lyra: Presentation at SunDiver Workshop in Luxembourg

i4is has achieved much in its short history, and we have ambitious plans for the future of interstellar exploration. But those plans require resources – of people, time and money. If you are enthusiastic about our mission, please join us. Together, we can plot a route to a future amongst the stars – and start to take the first practical steps on that long journey. 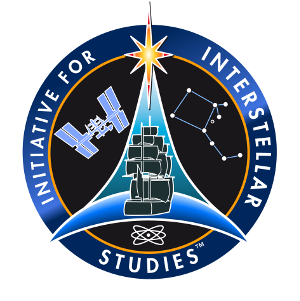 Adam Hibberd November 2022 People may ask the question why we should venture beyond our solar system to explore the stars? Why should we commit precious resources to such an endeavour? I have an answer to this which may to some degree be a personal one. The question boils down to why are we curious? […]

Adam Hibberd November 2022 In my last blog I reported the progress of my work regarding the intriguing little conundrum of the first interstellar object (ISO) to be discovered, designated ‘Oumuamua, in particular my research into its orbit. In fact ‘Oumuamua is puzzling on many counts and I have also in a previous blog elaborated […]

Adam Hibberd October 2022 This blog may be a bit cheeky but do take heed of the last line before jumping to any conclusions! I’ve been mucking around with ‘Oumuamua’s orbit on my computer lately. Mucking around in the sense of playing with its orbital parameters and seeing what crops up. Those of you who […]

Principium, the quarterly publication of the Initiative and Institute for Interstellar Studies, Number 39.

Members get access to exclusive videos. Here's a taster:

The Initiative for Interstellar Studies is entirely dependent upon the goodwill of its volunteer teams, the minor amounts we receive from our activities and the sale of our merchandise but also the kindness of donors. In order to advance our mission of achieving interstellar flight over the next century, we need your help and support. If you are feeling generous we would very much appreciate your help in moving our mission forward. END_OF_DOCUMENT_TOKEN_TO_BE_REPLACED