You are here: Home / Archives for News

News from the Initiative for Interstellar Studies

In this section you can read some of the latest news from i4is and the world of interstellar studies.  If you know of appropriate news please get in touch and it might appear here.

On the 7th October 2017 the Initiative for Interstellar Studies held its Annual General Meeting, chaired by Andreas Hein. Attended physically by ten members of the i4is team and with some remotely logging in, it allowed the team to test out its brand new 4,000 Lumens projector and 3 m wide projector screen, which all […] 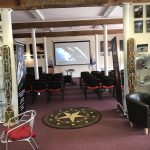 We are pleased to report that the i4is has now moved into its own home, the “interstellar space” at the Mill, Charfield, Gloucestershire, England, United Kingdom. The company took up residence early October after several months of preparation to occupy the space. The interstellar space features models of spacecraft, starships and space stations, as well […]

We are currently looking for people who would like to contribute to our research in the Sustainability Committee which deals with three forms of sustainability: – Building up a sustainable space economy – Sustain life in space – Sustain life on Earth through space More info about the committee can be found here: https://i4is.org/what-we-do/sustainability/ If […]

The US Institute for Interstellar Studies was first incorporated in 2014 as a non-profit corporation in the State of Tennessee. It follows the set-up of the original company constituted in the UK and reflects the global ambitions of our strategic aims. It was set up to facilitate interactions of the global institute with US companies, industry […]

We are pleased to announce the final paper selection for the Foundations of Interstellar Flight workshop to take place 13-15 June 2017 in New York City. The workshop program includes 27 talks that have been selected through a review process. In no particular order, these are: 1.       The Fusion Fuel Resource Base in our Solar […]

World renowned planetary scientist Prof Ian Crawford (University College London) has agreed to speak to the i4is/ISU Interstellar Studies elective Module being delivered by i4is/ISU to the Masters course in May (and introduced earlier).  The topic of his presentation will be the Local Interstellar Medium. Dr Ian Crawford is Reader in Planetary Science and Astrobiology […]

Dear fellow researchers,   Following many requests, we would like to inform you that the submission deadline for the Workshop on Interstellar Flight has been extended until the 25th of March. You have still time to submit your abstract, the template is available on the website: http://www.citytech.cuny.edu/physicsworkshop/   The workshop on Foundations of Interstellar Flight, that will take place next June 2017, 13th-15th, at the CUNY […]

I4is has been selected again this year to deliver another 2-week Interstellar Studies Module to the Masters students of the ISU in Strasbourg France. To be undertaken over 2nd May through 12th May this elective module is intended to broaden and also deepen the student’s appreciation of aerospace and astronautics engineering, space science and […]

Kelvin Long, Executive Director of i4is, is to present to NASA at JSC on 1st February 2017, “Interstellar travel the next frontier of exploration STARSHOT initiative”.

News:  We now have three teams that have qualified for the main competition! We are looking forward to welcome more teams for the main challenge!   Introduction:  Project Dragonfly is a feasibility study for an interstellar mission, conducted by small, distributed spacecraft, propelled primarily by laser sails. The spacecraft shall be capable of reaching the […]

Adam Hibberd, a key member of Project Lyra, gave an interview for the Spaceshow, explaining in depth a mission to ‘Oumuamua, based on his OITS trajectory analysis tool. The recording can be found here.

In a new article, Adam Hibberd and Andreas M. Hein analyse how the interstellar object ‘Oumaumua could be reached via laser sails. They provide a trajectory analysis and the operations of the beaming infrastructure. 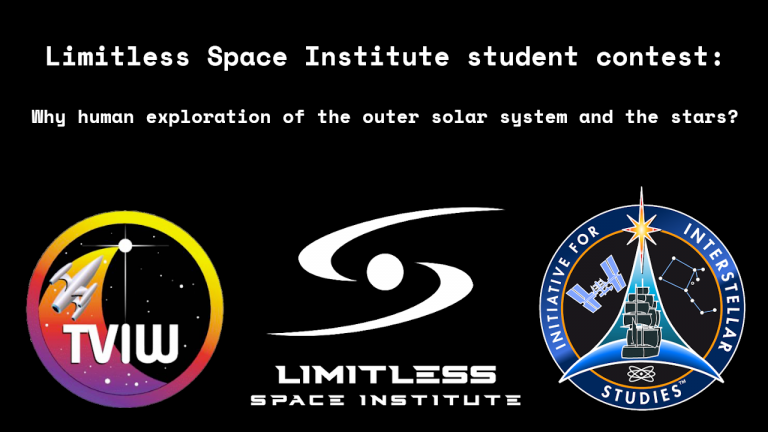 We have been looking at the responses to the i4is members survey. We noticed a lot of responses from people who would like to get involved with us…

Why human exploration of the outer solar system and the stars? Due to COVID-19 issues, the Limitless Space Institute (LSI) is unable to host student interns during the summer of 2020. As an alternate approach to still be able to engage with students on the topic of bold space exploration, LSI will instead sponsor and […]

The Initiative for Interstellar Studies is entirely dependent upon the goodwill of its volunteer teams, the minor amounts we receive from our activities and the sale of our merchandise but also the kindness of donors. In order to advance our mission of achieving interstellar flight over the next century, we need your help and support. If you are feeling generous we would very much appreciate your help in moving our mission forward. END_OF_DOCUMENT_TOKEN_TO_BE_REPLACED